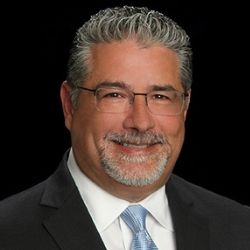 Eddie Hall, President, born and raised in San Antonio. He attended St. Anthony Seminary High School, now known as St. Anthony Catholic High School. He began his extensive career in the title industry in 1986 as a courier and later moved into the title plant as a customer service representative. While in the title plant, Eddie moved from abstractor, to residential examiner to commercial examiner. In 1996, he became Title Plant Manager for Chicago Title and in 2005 was appointed Title Production Manager for the FNF combined title plant. Next he moved into commercial/residential closings. Eddie is a member of the FNF Leadership Class of 2002 and past member of the FNF Corporate Title administration counsel. As the leader in our industry, Alamo Title Company remains dedicated to maintaining strong relationships with the real estate communities of San Antonio , New Braunfels and the surrounding areas. The individuals that make up the Alamo Title team are dynamic and uphold the most professional standards. We at Alamo Title are excited about the future as we narrow our focus on servicing our community, not only in business, but through various voluntary organizations.