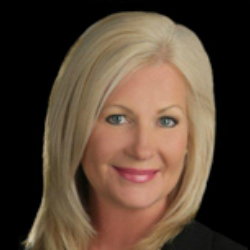 Candy Golden’s career began with Alamo Title Company in Austin, Texas in 2001. Candy was Top Producing Sales Representative at Alamo Title, Austin 2003 and Presiden’ts Club 2002 and 2003. Candy relocated to the Texas coast Rockport/Corpus Christi areas where she was an integral part of the sales and closing teams for a major title and legal firm.

Candy joined the Alamo Title Company sales team in San Antonio as Vice President / Business Development Manager in 2005. She ranked in the top 10% of producers nationally in 2010. Candy attended the Fidelity Corporate Leadership Program in 2011.

No business is effective without a leader who has vision to build a dynamic team. The Alamo Title sales team is built on enthusiasm, hard work, integrity, superior service and dedication. Satisfied customers who become clients and friends for life are the reward in this business. We look forward to developing new customer relationships while continuing to serve our existing clients.

“Teamwork is the ability to work together toward a common vision.
The ability to direct individual accomplishments toward organizational objectives.
It is the fuel that allows common people to attain uncommon results.”